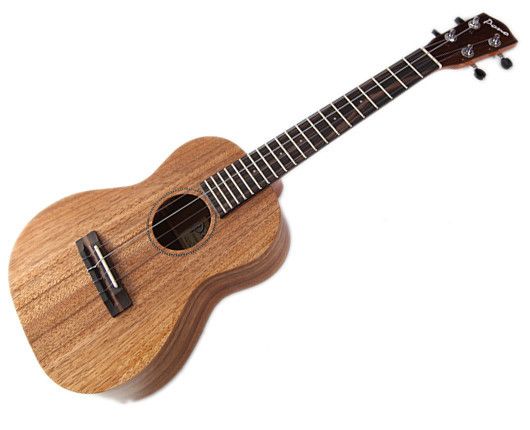 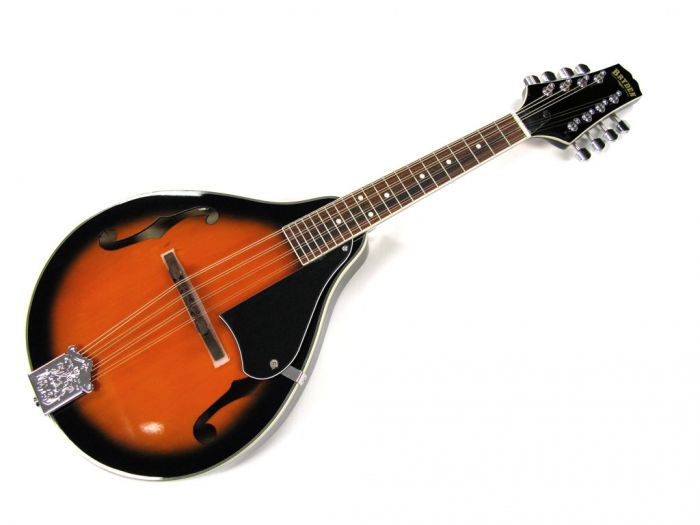 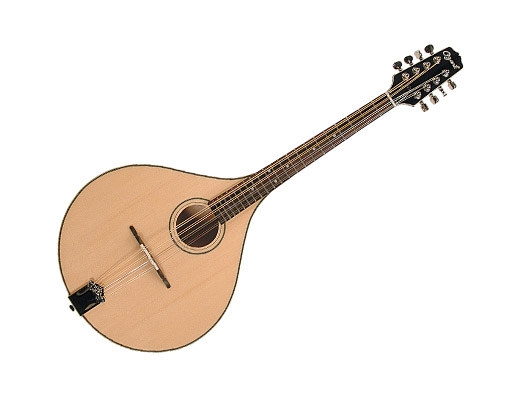 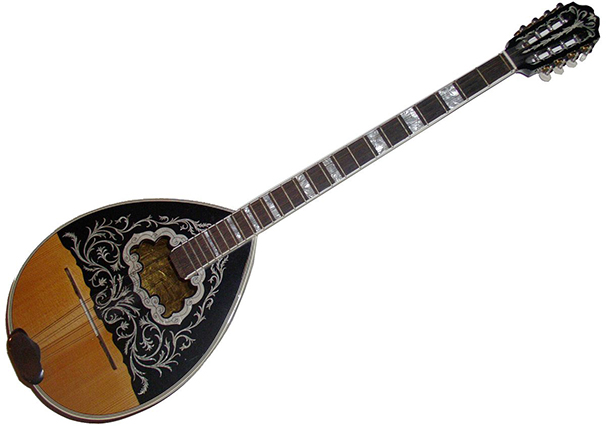 Italian lute, now popular with celtic musicians. Originally bowl backed, now often has a flat back like a cittern and 8 strings.

The Mandola (the big brother of the Mandolin), has 8 strings in 4 pairs, tuned in 5ths. The Mandola retains the high-tension stringing but allows lower parts to be played. The Tenor Mandola (or Mandola) is tuned as a Viola, CGDA, one fifth below a mandolin. Octave Mandolas (also known as Octave Mandolins in America) are popular because of their suitability for Acoustic and Celtic music, being tuned GDAE, an octave below a Mandolin. Because the Octave Mandola neck is shorter than a Bouzouki it is easier to finger, but the strings are heavier.

SOME TYPES OF MANDOLA

The Mandocello is tuned CGDA one octave below the Mandola (however most of them will stand being tuned in GDAE like a bouzouki, using lighter strings). The Mando Bass is a rare beast, but the examples we have had have been tuned the same as a String Bass EADG